Investing Unexpected Money Into Your Future

Two years have passed since the October 2017 mass shooting at the Mandalay Bay Resort in Las Vegas, the deadliest in U.S. history. On October 4, MGM Resorts agreed to pay $800 million to settle over 4,000 lawsuits filed against the company after the attack. The Las Vegas settlement fund is the third-largest in U.S. history after the September 11 Fund and the 2010 Gulf of Mexico BP Oil Spill Fund.

In May, Harvey Weinstein agreed to pay up to $44 million to settle an undisclosed number of lawsuits filed by victims of his sexual harassment.

The average lawsuit award isn't as dramatically large as these settlements. Martindale-Nolo Research reports that in 2017, the average compensation for a personal injury case was $52,900. Lawyers may represent personal injury cases pro bono (at no charge) but on average after the award is made, they take 32% of the money. Here's the breakdown of settlement amounts according to Martindale-Nolo's research:

If you receive a settlement, what should you do with it? If the settlement is under $10,000, why not invest it in yourself? You could travel or pay for training and education in something you're passionate about. If you have credit card debt, the best financial choice for a smaller settlement will be to pay down the amount you owe.

Even a mid-level settlement of $10,000 to $25,000 offers opportunities for investment. Use an investment calculator to see how investing can help you to grow wealth and assets.

Over the past 10 years, the stock market has returned over 10% on average. Of course this rate of return can change, which is why you should consider investing your money in diverse ways, combining stocks with less-risky investment alternatives.

If you receive a settlement of over $75,000, consult with a certified financial advisor to decide how you'll invest and use the money. Check the advisor's credentials and interview several advisors before selecting the one you feel is the best fit.

Up to 70% of people who receive a one-time cash windfall spend the money within 10 years. Some people spend the money immediately. I had an interesting conversation with my significant other about this. He said, "What if you're an elderly guy and know you're not going to live long? Why not take the money and do exactly what you want for as long as it lasts?" He had a good point: why not? If you're not elderly, however, you've got your own future and your family to consider. Use an investment calculator to see how you could grow your wealth starting with even a smaller settlement and a modestly monthly contribution.

Amy Casil is a single mom, college teacher, business planner and affordable housing executive who lives in Southern California. She loves outdoor living and animals and is passionate about helping women to avoid her financial mistakes and learn from her successes.

Down to the Core

Do You Want Financial Security?

What We Don’t Know Won’t Hurt Us? In This Case it Will

Is the UPS guy judging you?

So you can keep the packages and skip the guilt. 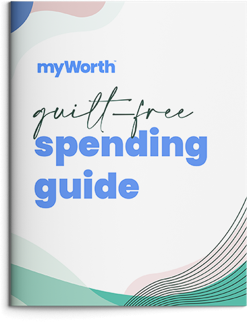 Check your email for your free guide.

Any cookies that may not be particularly necessary for the website to function and is used specifically to collect user personal data via analytics, ads, other embedded contents are termed as non-necessary cookies. It is mandatory to procure user consent prior to running these cookies on your website.

Analytics cookies help us understand how our visitors interact with the website. It helps us understand the number of visitors, where the visitors are coming from, and the pages they navigate. The cookies collect this data and are reported anonymously.

Advertisement cookies help us provide our visitors with relevant ads and marketing campaigns.